He was born to well-known poet Edasseri Govindan Nair and Janaki Amma, who in her early years had written stories and poems. She even translated Tagore's Fruit Gathering into Malayalam, on July 13, 1943, in Ponnani.

For his collection of short stories titled 'Dinosaurinte Kutti' (The Dinosaur's Baby), he won the Kerala Sahitya Akademi Award in 1988. He received the Padmarajan Award for the short story 'Pachappayyine Pidikkan' (To Catch A Grasshopper) in 1997 and Nalappadan Award for the story 'Sookshichuvecha Mayilpeeli' (Peacock Feather Treasured) in 1998.

Harikumar studied from Ponnani AV High School and Calcutta University. He had worked in various Indian cities since 1961. 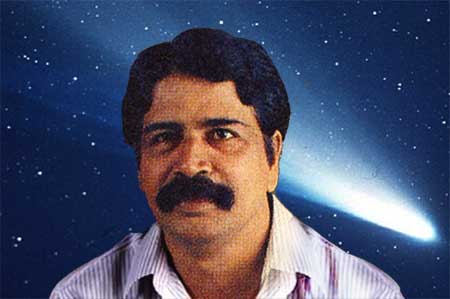